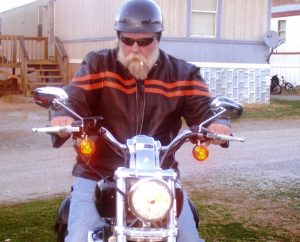 He was preceded in death by his father, Gerald R. Nelson I. He enjoyed Mopar, Harleys, hunting, fishing, and he was TikTok famous. Jerry was a member of the American Legion Riders, Buchanan Post 93.

Jerry’s gathering will begin at 2 p.m. Wednesday. January 11, 2023 at the Buchanan Chapel of Botetourt Funeral Home, 14920 Lee Highway, Buchanan. His Celebration of Life will begin at 3 p.m. with Scottie Campbell leading the service. Donations may be made to Sherry Sloan Nelson to cover expenses. Online condolences may be made at www.botetourtfuneralhome.com or 540-254-3000.